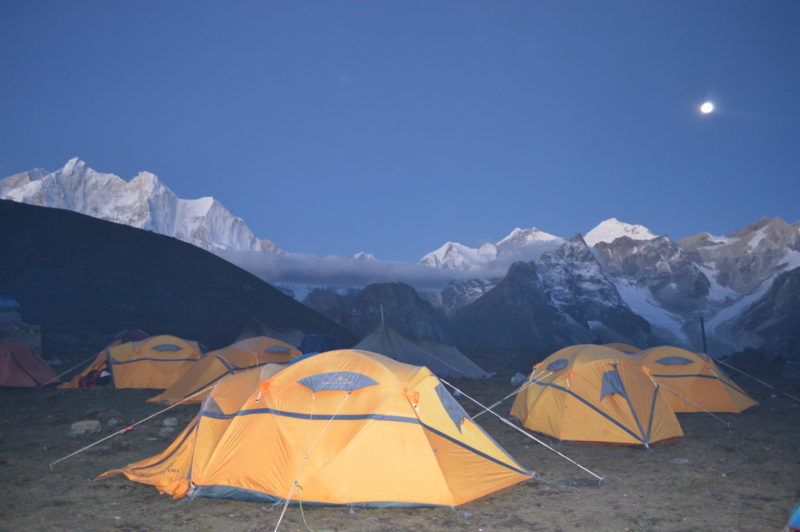 Kangshung face trek can be also started, traveling from Kathmandu to Kyirong border and after two days slowly driving, you will reach Kartha Qu or Kartha village but we recommend to start Kangshung face trek from Lhasa because you will spend at least three nights in Lhasa, visiting around and then slowly moving up to the higher elevation by spending three more nights on the way including Gyantse, Shigatse, Sakya and Kartha Qu which help you gradually getting acclimatized to the altitude.
Kartha qu is the village where you will meet all your cooking team and camping equipment. From Kartha Qu, you will leave the vehicles and load all the equipment on the Yak and begin your Himalayan caravan life. As usual, Tibet Shambhala Adventure operates unique and custom-made Tibet trekking and Kangshung face trek is one of the most beautiful and absolutely unique Tibet trekking tour in the Kangshung valley. Kangshung face trek takes in one of Tibet’s most beautiful and off the beaten trekking areas. The Kangshung valley known as Kangshung face or Kartha which is the home of Tenzin Norgye who is the first ever Everest climber. During your Kangshung face trek, you will pass by beautiful Tenzin Norgye’s village. The people in the villages are farmers and they mainly grow barley. They also rear cattle sheep, Yak. If you are lucky, you can also see some festivals going on in the villages including horse racing.
The Kangshung face trek shows you the most magnificent and very close scenery of Mount Everest (8844m) with it’s lovely glaciers from Pethang Ringmo, and the closest views of Lhotse (7790m), Makalu (8475m) as well as beautiful forested landscapes with many small lakes, pastureland, and Tibetan nomad camps. The Kangshung face trek is started from the altitude of 3600m to the highest point of 5250m when you cross Langmala pass. This Tibet trekking tour needs between 17-20 days in general which include nine full days trekking. The average daily trekking hours is between 5-7 hours. The Kangshung face trek is rated as one of the world’s most beautiful treks by many of our clients in so we highly recommend this most beautiful Tibet trek to those who are not only physically fit in walking but also those who really like being in nature, walking off the beaten trails, enjoying the most beautiful view of the great Himalayan snow peaks, including Mount Everest, Lhotse, Makalu, Cho Oyu, Chisha Bangma etc. On clear days the view to the south is outstanding. Makalu is the impressive peak to the southwest dwarfing all of the other summits from this angle, including Everest. Jomo Lhotse is the closer, north peak of Makalu. Pethang Ringmo is the lone bullet-shaped summit a little farther to the right and the big trio at the far west end of the Kangshung valley, from left to right, are Lhotse Shar, Lhotse and Mount Everest and it’s huge east glacier.