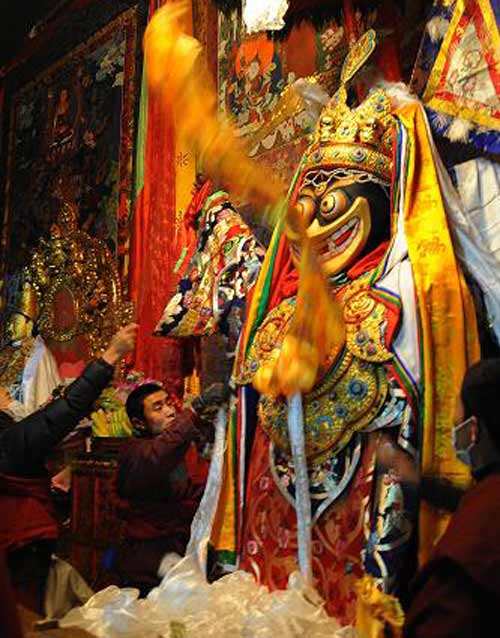 One of the key features of Tibet Winter Tour is having the season associated with lots of important Tibetan Festivals. Among them the Palden Lhamo Festival is something you shouldn’t miss on your Tibet Winter Tour.

Falling on 15th day of the 10 Lunar month in the Tibetan Calendar, the Palden Lhamo festival in Tibet celebrates and pay homage to the principal deity and the key protectress of Tibetan Buddhism. Widely known for her wrathful nature. On this special occasion, Tibetan people with Khatak (white Scarf) and Tibetan barley wine queue in front of Jokhang Temple ready to pay homage to the guardian deity. The queue starts as early as 3am in the morning. A walk around Barkor Street on that day is highly recommended and it is a MUST for all the tourists taking a Tibet Winter Tour 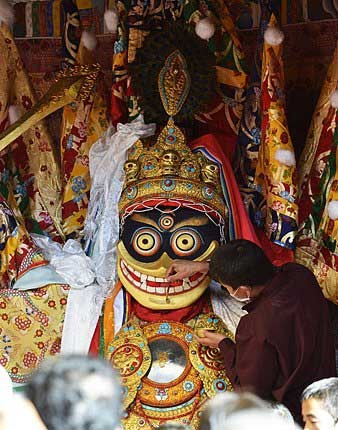 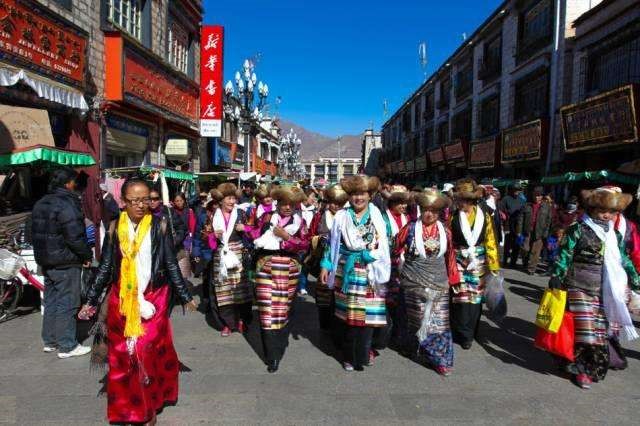 Historically, it is accustomed to present gifts to elderly women and small girls in Tibet on this special occasion. People also present offerings to nuns reciting mantras in nunnery on that day.  However due to the socio-economic changes in Tibet, these days almost every girl will ask for gifts or money from the men they meet on the street that day. 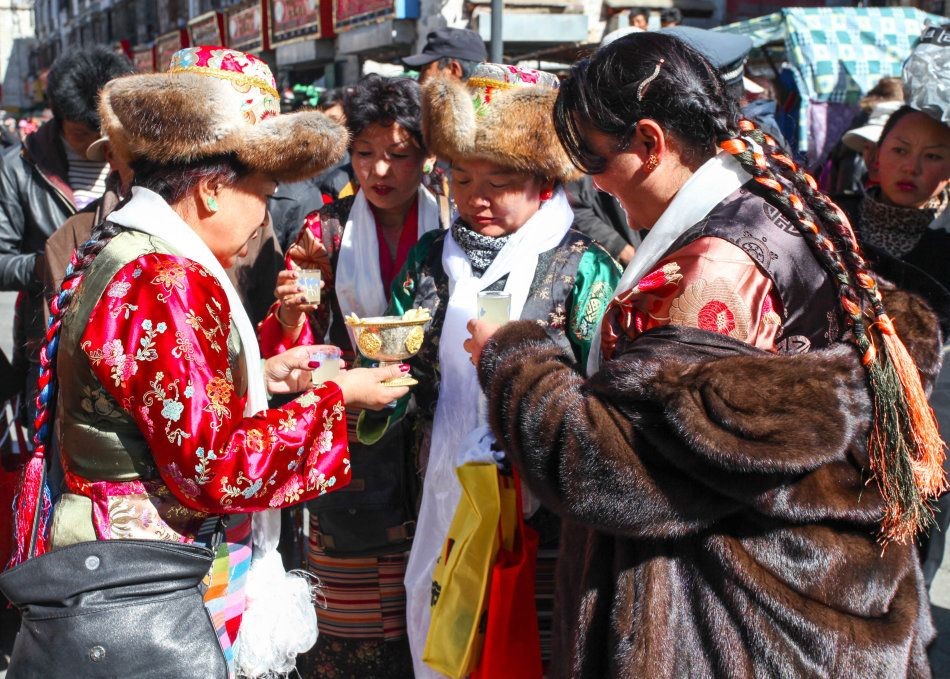